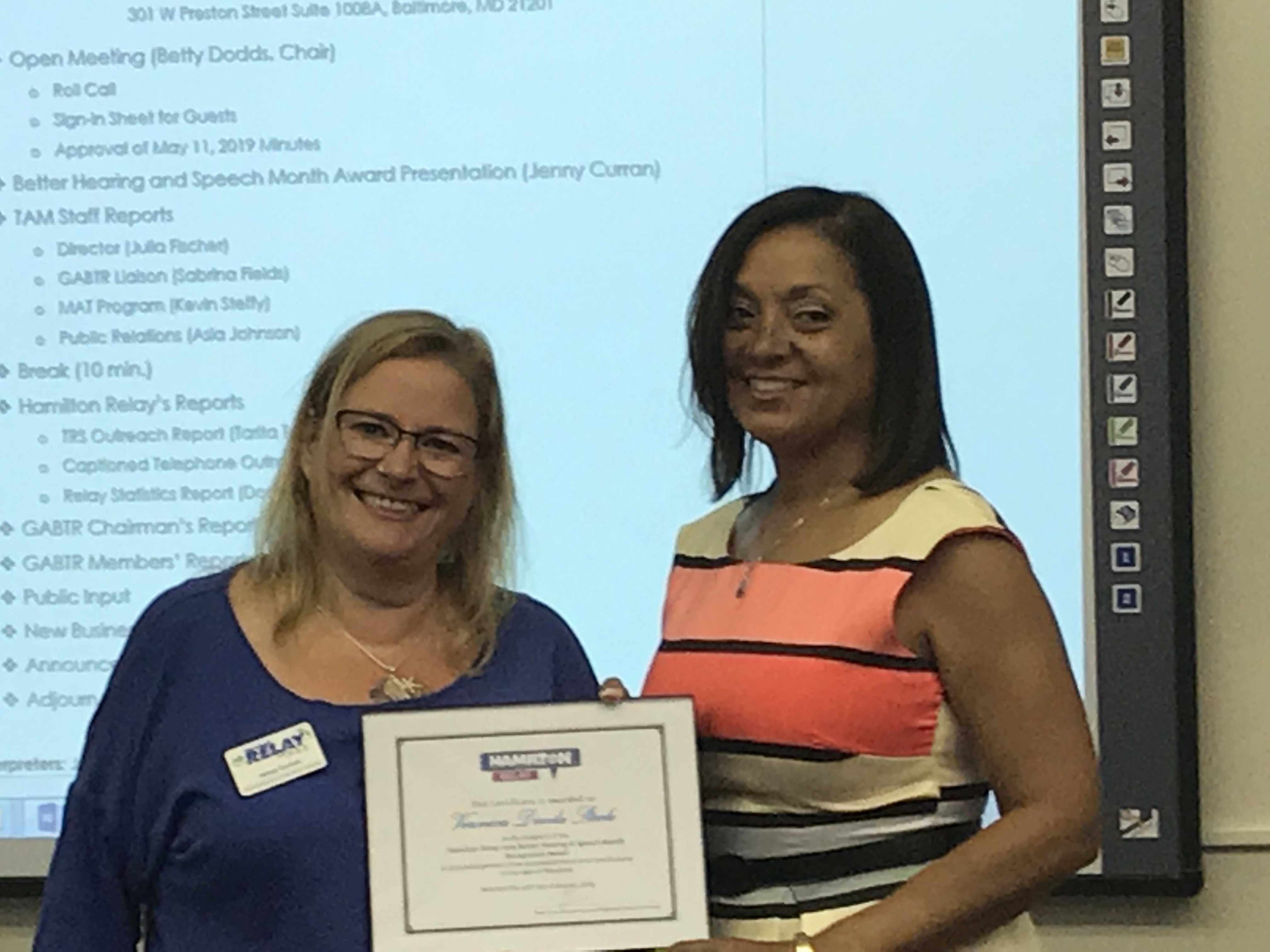 Veronica Davila Steele of Oxon Hill, Maryland has been selected as the recipient of the Hamilton Relay 2019 Better Hearing and Speech Month Recognition Award for the state of Maryland. Veronica is a valued member of Maryland’s Hard of Hearing community.

With the support of multiple chapters of the Hearing Loss Association of America (HLAA) and members of the Hard of Hearing community, Veronica successfully pushed for HB 1192 to be passed in both the Maryland House and Senate. This bill will require any recipient of state funds to install an assistive listening system in an assembly area during construction or renovation of the assembly area if said area uses or requires the use of a public address system and a state contract has been executed. This is an enormous victory for individuals who have difficulty hearing in meetings or performances without the use of an assistive listening system, like a hearing loop system. The Governor of Maryland, Larry Hogan, signed this bill into law on April 30, 2019.

She is also a very active member of her community and serves many roles, including:

She continues to be an active member of the Prince George’s HLAA, which she founded and dedicates a lot of her time to advocating for people who are hard of hearing. We commend Veronica for her leadership and are proud to present her with the Hamilton Relay 2019 Better Hearing and Speech Month Recognition Award for the state of Maryland.