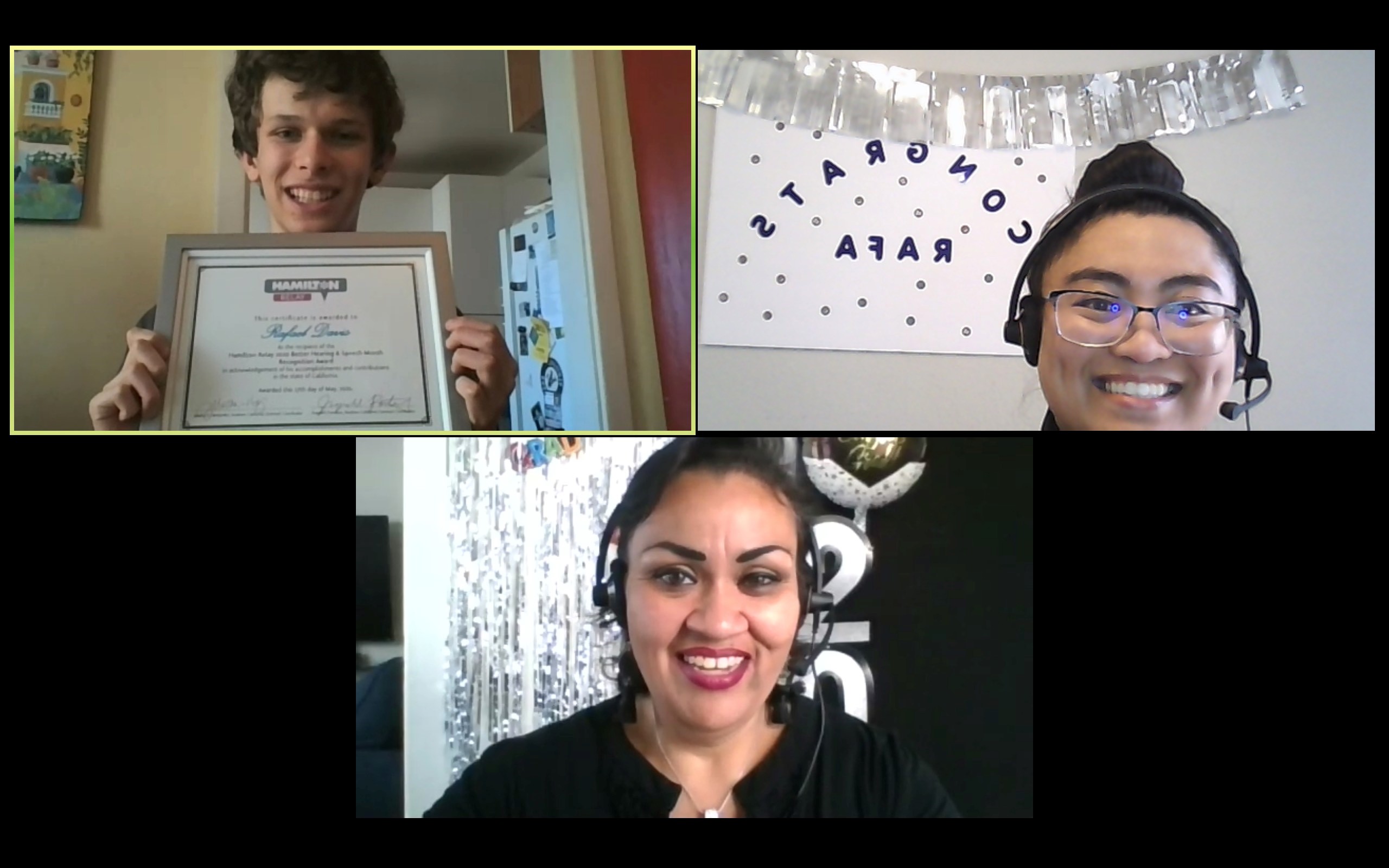 Rafael Davis, a current 8th grade student at Claremont Middle School in Oakland, California has been selected for the Hamilton Relay 2020 Better Hearing and Speech Month Recognition Award. He is being recognized for his outstanding leadership and public service. Rafael may be a young individual, but this has not stopped him from becoming a positive influence amongst his peers. Below are a few of his contributions to the community:

We commend Rafael for his leadership and dedication to the community and are proud to present him with the Better Hearing and Speech Month Recognition Award. This leadership recognition has been brought to you by Hamilton Relay.